Nancy Friedman is the chief wordworker at verbal-branding consultancy Wordworking, and the author of a fine blog on naming, branding and more called Fritinancy. Nancy has named a venture-capital firm, a laser hair-removal device, a mobile-money service, and many other companies and products. A former journalist, she still writes or ghostwrites articles, speeches, white papers, and books. Click here to read more articles by Nancy Friedman.

What a fun read! I kept trying to peruse it sketchily, but I kept getting drawn back in.
My niece graduated from Reed College in 2010. In 2006, when she was a high school senior at the Menlo School in Atherton, she and other students there used sketch & sketchy to mean sleazy or questionable, but were also aware of the more mainstream meanings of the two words. I know this because I noted the popularity of the alternate usage, asked for a clarification, and was greeted first with a cascade of giggles, and then learned of sketch & sketchy's new darker side.
A realy funny story very pleasant to read, and when I see the title L"Ecrain Magique"I automatically think about
a French man, and try peruse it again and again.
Thank you Nancy Fredmant entertain us.
Your side note begs the question - did the slang term "skeevy" travel a similar route? Originally related to opium (and/or heroin) use, then later to generally disgusting or disreputable?

E.g. "Anthony Weiner's Twitter account. He probably did something slightly skeevy..."
@Edward A.: According to the OED, "skeevy" derives from Tuscan dialect "schifo" = sense of nausea, repugnance, disgust. It's related to English "eschew." More about skeevy in this 2009 Language Log post: http://languagelog.ldc.upenn.edu/nll/?p=1527
Thanks for the wonderful research.
Beyond my imagination about the origin of this world.
You always present valuable information in your writings.
FB
So does the Skechers (NYSE: SKX) shoe company (founded 1992 by an ex-LA Gear founder as a Doc Martens distributor and knocker-off, also skate shoes) name also come from the speed-to-sketch drug and street ambit?
@Ellen: I've been curious about that question myself. In fact, when I was researching this column I contacted Skechers three times (phone and email) in an attempt to learn the company's official naming story. The only response I got was from an administrative assistant who told me, "If there is interest, they will reply." I assume there was no interest.
I've been reading you (and appreciating your work) for years. This was one of your best. Very pithy insights. Thanks. 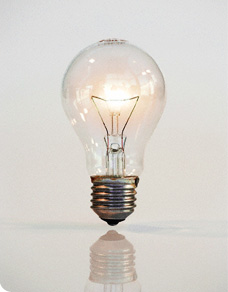 About Us Become an Affiliate Technology Licensing Contributors Contact Us Copyright ©1998-2022 Thinkmap, Inc. All Rights Reserved. Terms of Use
Already a Subscriber?